The threat of recession blares from the news every day. Many investors are wondering how to get the best returns in such an environment. We’ve asked the experts and put together a quick primer on recession investing.

Recession investing comes down to one simple question: Do you want to make a little money or a lot?

DISCLAIMER: Obviously every investor has unique needs and timelines. You should consult with your investment advisor before acting on any of the information we’ve provided. We own none of the securities mentioned here. 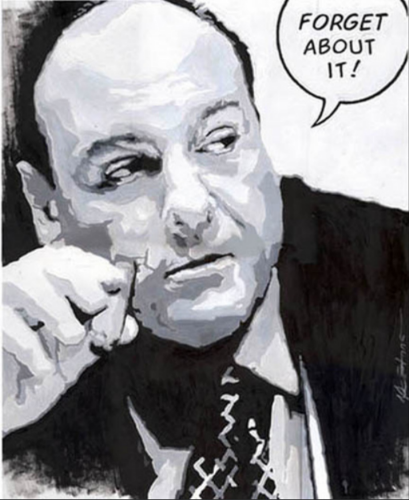 Investors need to remember that recessions and bear markets have nothing to do with each other. Recessions come and go. The economy moves ahead.

Since 1945, the market has had 75 drops of 5% or more and only 11 recessions (generally defined as two quarters of negative growth in the Gross Domestic Product).

Beyond the fact that they aren’t linked, recessions and market downturns have opposite orientations. Determining whether a given economy is in a recession is done by looking at the past (some more detailed models of recession require six months of data). Investing is all about looking to the future.

Whether we’ll see a recession this quarter or next is a question for philosophers, economists, and late night comics. There’s an old borscht belt economist definition of a recession: A recession is when your neighbor loses his job. A depression is when you lose your job.  (FYI, even economists disagree about the proper definition of a depression but most see it as an economic downturn where real GDP declines by more than 10 percent.)

When the media first start talking about recession, the possibility is already priced into the market.

The market works well ahead of the economy. It is a discounting device of perceived futures. Normally by the time the economy hits its low point, the market has fully recovered and may well be on its way to a new high depending on how much damage the economic decline to costs and market shares. For most savvy investors, by the time a recession is finally declared (the average recession is less than 9 months long), it is time to start buying.

Tip#2: “Don’t Panic!” – The Hitchhiker’s Guide to the Galaxy 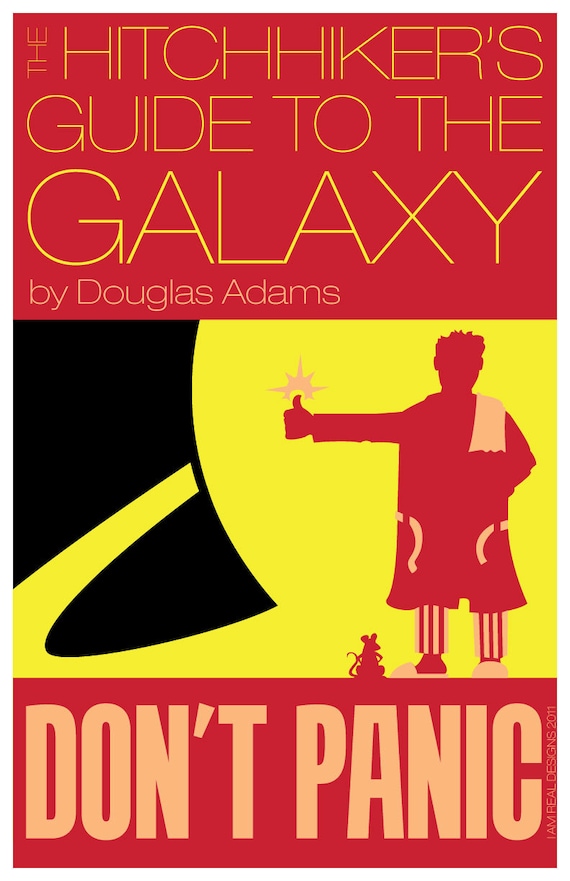 Recessions are good. They are absolutely necessary for the economy because they help to remove inefficient activity. After a recession is done slimming things down, it allows better companies to increase market share which increases productivity.

If you are investing for the long term, your portfolio should be designed to weather such passing storms. If you are looking at more short-term investments, you should have already weighted your portfolio toward more conservative, less volatile picks.

Generally, investing short term for recession has meant hunkering down, reducing portfolio risk and probably increasing the amount invested in bonds vs. stocks.

You should not disturb the good names in a portfolio but if you absolutely can’t sleep, cut the dollars in the good names by some percentage (no more than 50%) and put it into a U.S. Treasury Money Market Fund. You won’t get stellar returns but you’ll sleep better.

When examining your portfolio, remember you are investing in individual securities, not the market in general. If the economy goes down, your stock may lose value but you still own a piece of what you thought was a good company. If you still think the company is fundamentally sound with good prospects, buy more of it. Good companies survive.

For bargain hunters, a recession will push more good companies into the undervalued category. You can grab so good investments on the cheap.  You may have heard about this new concept as “buy low, sell high.” Unfortunately, in a recession, most investors do exactly the opposite. Recessions should be a time for aggressive buying.

Warren Buffett says that when the price of cheeseburgers goes down, he rejoices. Why should the price of stocks be any different?

Even if you can’t increase your buying, it is important to stay the course if you think the investment is sound. We have all heard of the value of dollar cost averaging. If you invest a regular amount, you will be getting good securities on the cheap that will increase when the economy picks up again.  Recessions help give dollar cost averaging more bang for your buck.

Recession investing has two basic approaches: defensive and offensive.  Reducing risk is a fundamental principle of portfolio management. With a recession looming, defensive players try to invest in stock or funds that have lower exposure to the economy.

BONDS: You might want to increase the quality of the bonds you are holding. During a recession, the bond market has a flight to quality. High yield bond funds have already come down due to recession and credit market concerns, however, you can get an attractive current yield with the possibility of price appreciation, if a recession doesn’t occur.

CASH: Another classic approach is to shift your stocks into cash but as Kenny Rogers once sang “Never count your money when you’re sitting at the table.” In a downturn, people stockpile the cash in their portfolio and it becomes too comfortable. They don’t get out early enough.

FOREIGN SALES: Speaking about a national recession is, generally speaking, meaningless. Even broad recessions contain some pockets of growth in various locales or sectors.  When you invest, you don’t invest in the general, you invest in the specific.

Money crosses the globe with the click of a mouse. If the US economy tanks, investors can find robust growth in other countries. (Keep in mind that the dollar decline that may already be included in the share price.)

Look for large companies with lots of foreign sales. Companies with a diversified client base not only survive a local downturn well but find growth in emerging markets.

GROWTH STOCKS: To reduce risk and volatility investment gurus like Peter Lynch say you should never have more than a third of your portfolio in growth stocks.

DIVIDEND PAYERS:  There is a school of thought that says you should focus on stocks that pay dividends. If you did that you’d never missed the growth ride of companies like Microsoft that seldom pay dividends. Google has never paid a dividend and doesn’t plan to “in the foreseeable future”. However in a recession, if you are being defensive you’re not as concerned about growth and some dividend plays are better than others. For example, steady dividend payer Unilever N.V. makes consumer staples (Ben & Jerry’s ice cream, Hellman’s, Breyers, Lipton,  Vaseline, Dove, Suave, and Snuggle, etc.) that do well in a recession and as an added bonus because the company is based in Europe you buy shares as American Depositary Receipts (ADRs) which pays foreign dividends as dollars. As the dollar weakens, your dividends act as a hedge.

AVOID DEBT: When there is a credit crunch, businesses that need a high level of debt are crippled. In a recession debt loads become even more important. Once again Microsoft is the classic example of a low-debt company.

RECESSION ISN’T THE ONLY RISK: Even if you pick a sector that doesn’t have much recession risk, there are other risks out there, litigation, competition etc. Even if you find an evergreen stock, you still need to do your research.

LOAD UP ON RECESSION-RESISTANT SECTORS: Recession investing typically means loading up on sectors that consumers must always buy such as healthcare, consumer staples, and utilities while avoiding especially recession-prone stocks like industrial materials and discretionary consumer services.  But not all consumer services are created equal. Here are a few proven recession resisters:

Be a contrarian and invest for the next upturn. Going against the crowd has been a better investment strategy over the long term. This approach leads you to depressed areas that are economically sensitive or funds that invest there – mostly deep value funds.

Look at the sectors that are hardest hit by the recession (today it is the financial sector and the over-leveraged consumer, in the late 90s it was tech, in other times it was manufacturing, etc.). If you expect the sector to make slow progress or even rebound over the next year, the stocks may be attractive at today’s valuations.

Recession investing is a misnomer.  Good investing is good investing.  You need to chart your course, avoid the rocks and have the fortitude to weather a passing storm. Using the basic techniques we’ve discussed here will help get you to your destination.